Every once in a while, a project would come my way that would challenge and grow my graphic design skills. Here are a couple of examples of some out-of-the-ordinary projects that landed in my lap. At the time, I had no clue how I was going to get from Point A to Point B, but somehow I did it!

I spent a good portion of my graphic design life working on the FaithWeaver and Hands-On Bible Curriculums. Both of these curriculums were designed to use optional hand puppets to help younger children understand and comprehend the Sunday School lessons each week. The puppets were a great way to engage and capture the attention of the kids.

When the concept of using the puppets was brain-stormed, it fell to me to have them designed and mass produced. The first step in the process was working with each age level Editor to conceptualize the “personality” of each puppet to fit the scripts that were being generated for each lesson. After gathering all the information, I then contracted with an illustrator to bring the puppets to life through a visual medium. The illustrator showed several different “views” of each puppet that included final visual details. Once the illustrations were completed and then worked with a professional puppet maker.

Working with a puppet maker is quite a ride! So much to think about, more than you might think. I was sent several samples of cloth for each aspect for each puppet, including eyes, hair, skin,etc. Once the materials were decided upon, the puppet maker made a “rough draft” of the puppet for use to approve. Not only were were approving the visual look of the puppet, but also the construction and functionality of the puppet. Additionally, certain regulations needed to be followed since the puppets could be used by small children. Choking hazards had to be avoided for fear of liability. Once approved, the puppet maker disassembled the puppet and sent the “design specs” to a manufacturer for mass production. 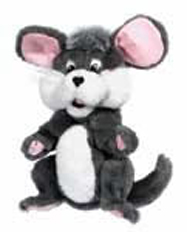 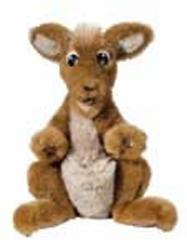 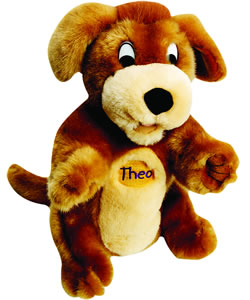 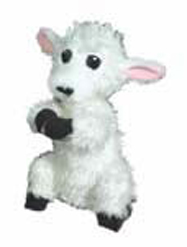 After successfully getting puppets designed and mass produced, I was handed another unique project. Bible Action Figures! That’s right, dolls!

The process for creating the action figures wasn’t much different than the puppets. Get an illustrator to bring the characters to life visually. Then I worked with a plastic molding company specializing in action dolls. Using the illustrations, they created “rough drafts” of each of the characters out of plastic. Getting the detail in the faces and appropriate skin color was paramount, making sure they looked life-like real people.

Getting the dolls created was only one phase of the project. I also worked with the illustrator to conceptualize the outfits for each of the characters. Once that was done, I worked with a textiles expert to create the clothing for each character, making sure the material and outfits were representative of the time period.

Below are the final products of the Bible action figures, their outfits and the backgrounds. All of these were sold along with a stage and figure handling sticks. 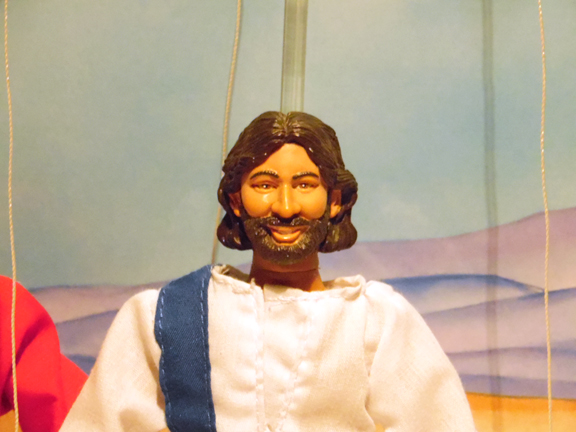 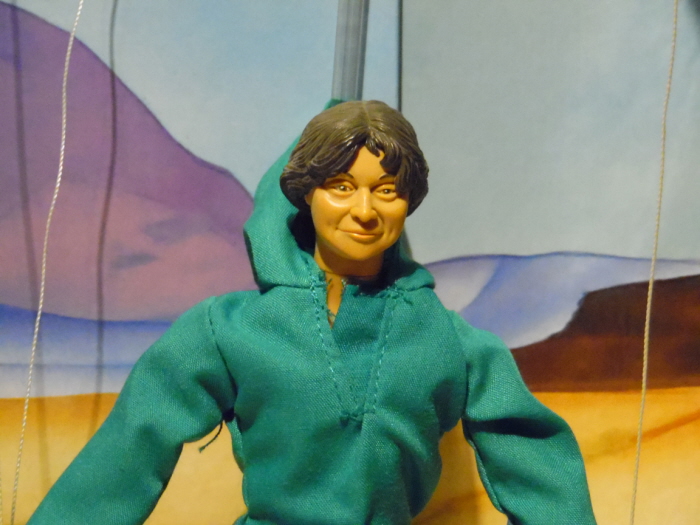 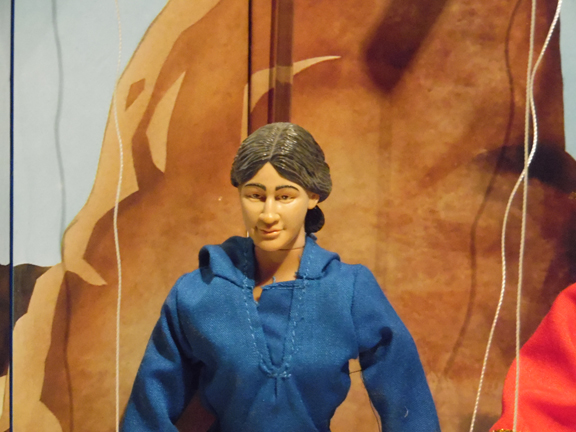 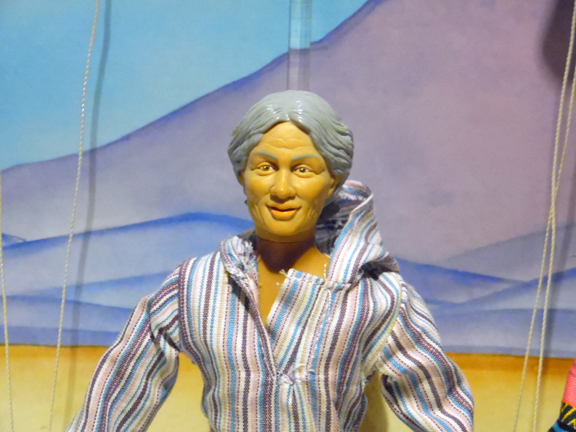 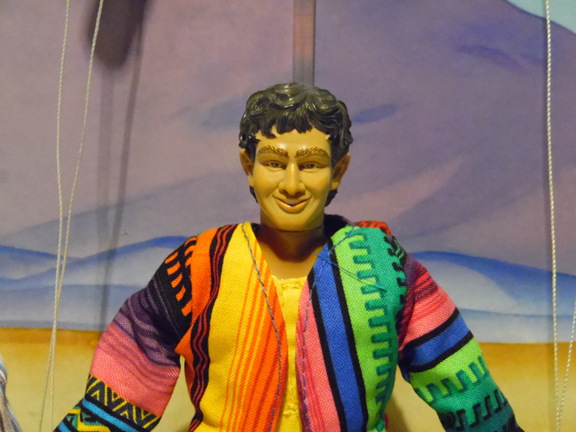 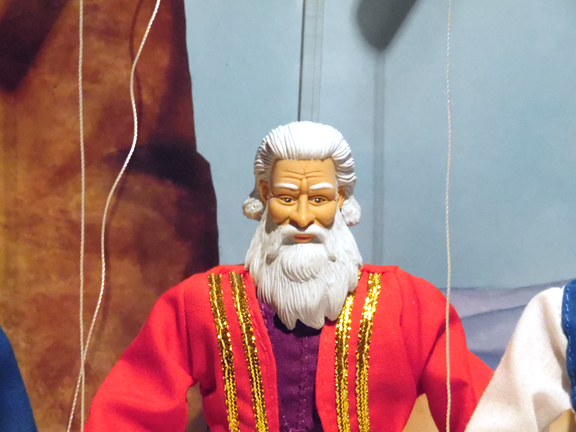 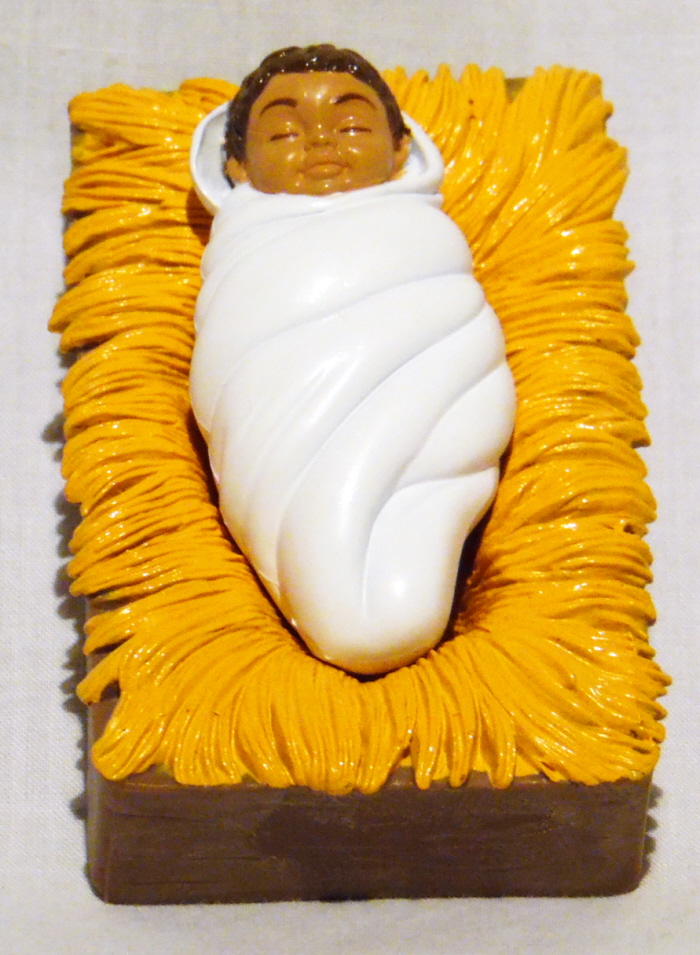 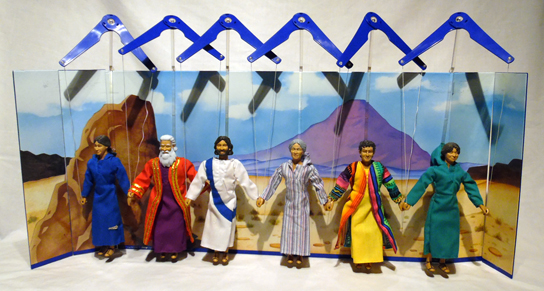 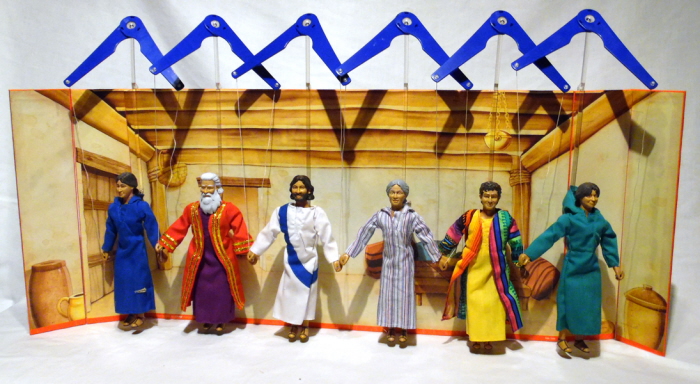 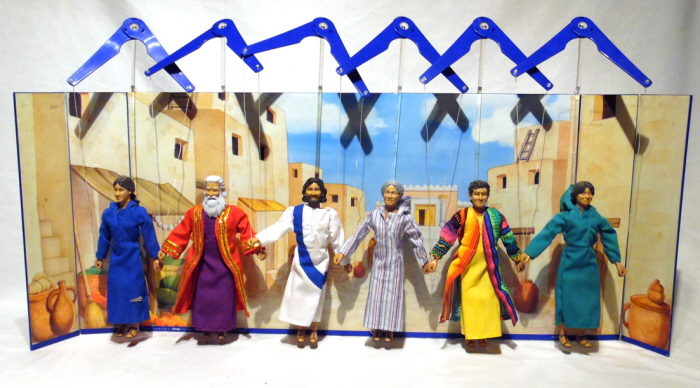 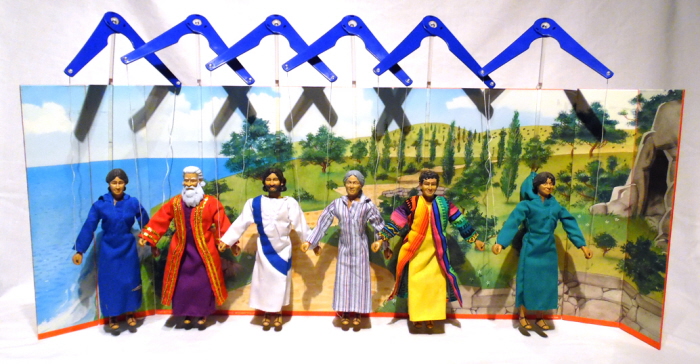 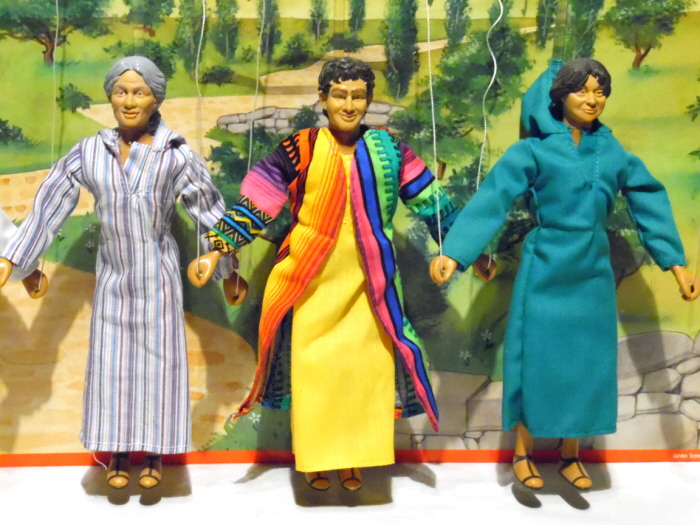 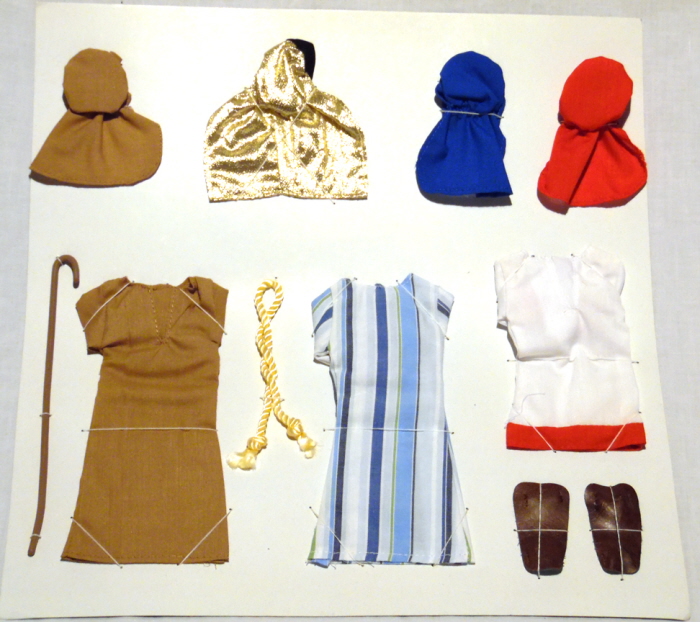